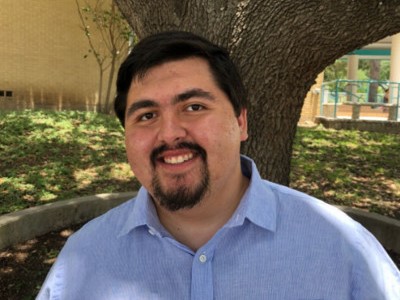 In this project I cohost a podcast with Nicolas McKay and Christopher de La Rosa about movies and history. We are exploring what we can learn from movies and providing another way for the public to engage with history. Throughout our first eight episodes we have analyzed seven different movies and had one interview with a historian doing working with similar themes. Through these first seven episodes we have been able to talk about the Texas Borderlands, the history of Broadway, the Cold War, P. T. Barnum, Japanese response to nuclear testing, Hollywood censorship laws, and Rudyard Kipling. While exploring these themes I have brought my experience as a public historian to the research and promotion of this project.

This project took a while for me to come up with. Originally my capstone was going to be creating a walking tour for the Mission Reach area in conjunction with the National Parks Service, but once the pandemic began, I had trouble reaching my contacts in the Missions and realized that I would need to come up with a new project instead. In Fall 2020 I created the first episode of this podcast for a project in Dr. Van Hoy’s History of the American West and the Borderlands. Nicolas McKay, my friend, and fellow history student back in the undergraduate program, helped me to create an episode where we talked about The Ballad of Gregorio Cortez. We both enjoyed making the episode and ended up rerecording it because we didn’t like how the first attempt turned out. While getting ready for the rerecording we started talking about continuing the podcast by doing other movies and that is how we started Filmcasters. I realized that Filmcasters would be a great project if both of my cohosts would support me using it as my capstone. Luckily, they did.

To receive updates about Filmcasters, check out their Twitter.

You can listen to Filmcasters below or anywhere you listen to your favorite podcasts.