In being part of the public history program at St. Mary’s, I have found myself noticing things that I hadn’t ever noticed in the past. An example of this happened recently on an unexpected trip to Houston. Though honestly, I more than likely would have seen what I’m about to divulge regardless. Not wanting to get behind, I figured I would allow myself to take this trip and just set aside some time to do a little work at the University of Houston. Beginning the day, I wasn’t entirely sure how this plan was going to go, you see I have never actually been to the University of Houston, so I didn’t know how concerned I should be in parking my car. Considering I was planning to leave that evening, this was a great concern for me.

As I approached the University and began to look around at nearby buildings, it dawned me. I never checked where exactly the library was. Perplexed by this, I decided just to park at Cougar stadium, and do a quick search as to where I was going. Upon realizing that I wasn’t actually too far, I made my way to the nearest parking lot, only to discover a new problem. Situated in varies places in the parking lot, there were parking meter machines similar to the ones you would find around downtown San Antonio. I found myself excited by this, considering parking was a significant concern for me before making this trip. An excitement which quickly dissipated though, as I realized all the machines were broken.

A little flustered by all this, I finally decided just to make my way to the library. Finally, after a short walk I found my myself there though as I walked into the library, I immediately found myself with a feeling of uncertainty as I met eyes of the security guard at the top of the stairs leading up to the main level. As I came to the top of the stairs, uninterrupted, I saw it. Initially, I thought I was looking ahead at a book display, though upon a second glance I realized it was a mini-exhibit. Forgetting why I enter the library, I quickly made my way over to the built-in display cases along the far walls. As I began to get closer to the wall, I quickly became more and more confused. From a distance what I thought to be an exhibit turned out to be what I thought was a dedication of sorts to a rap artist.

Intrigued by this, I found myself in a daze trying to figure out what it was that I was looking at when suddenly I realized this case was duplicated by three or four others. Quickly I made my way to the far end to decipher this newly found mystery. As I stood there, I immediately realized that this, in fact, wasn’t a shrine but a fully produced exhibit as previously thought. Complete with artifacts and wall labels, fully assembled with attention given to so many of the areas I’d recently learned about in Professors Sternbergh’s class. It was fascinating to me as I stood there, everything seems so put together, it was so creative. Presented in a way I had only imagined appropriate for historical artifacts.

Not satisfied with my created assumption on this display, I immediately made my way to the circulation desk to inquire who was responsible for this. Considering it was a Sunday, it wasn’t surprising that I was met with a whole lot of shrugged shoulders. What I did get out of it though was an opportunity to leave my contact information for a follow up in the days that followed. Not expecting much to come of this, I was extremely delighted when a few days later I came to learn the name of the exhibit, “Brothers in Rhyme: Fat Pat, Big Hawk, and the Screwed Up Click”. It turns out, this exhibit, curated by librarians and archivists from the Special Collections, is a rotating semester exhibit, each drawn from the special collections at the University of Houston. The librarian informed me that more on this exhibit could be found at the University of Houston’s Special Collections website in the Houston Hip Hop Research Collection.

Never did I imagine to be directed to any Hip Hop Research Collection, so fascinating. 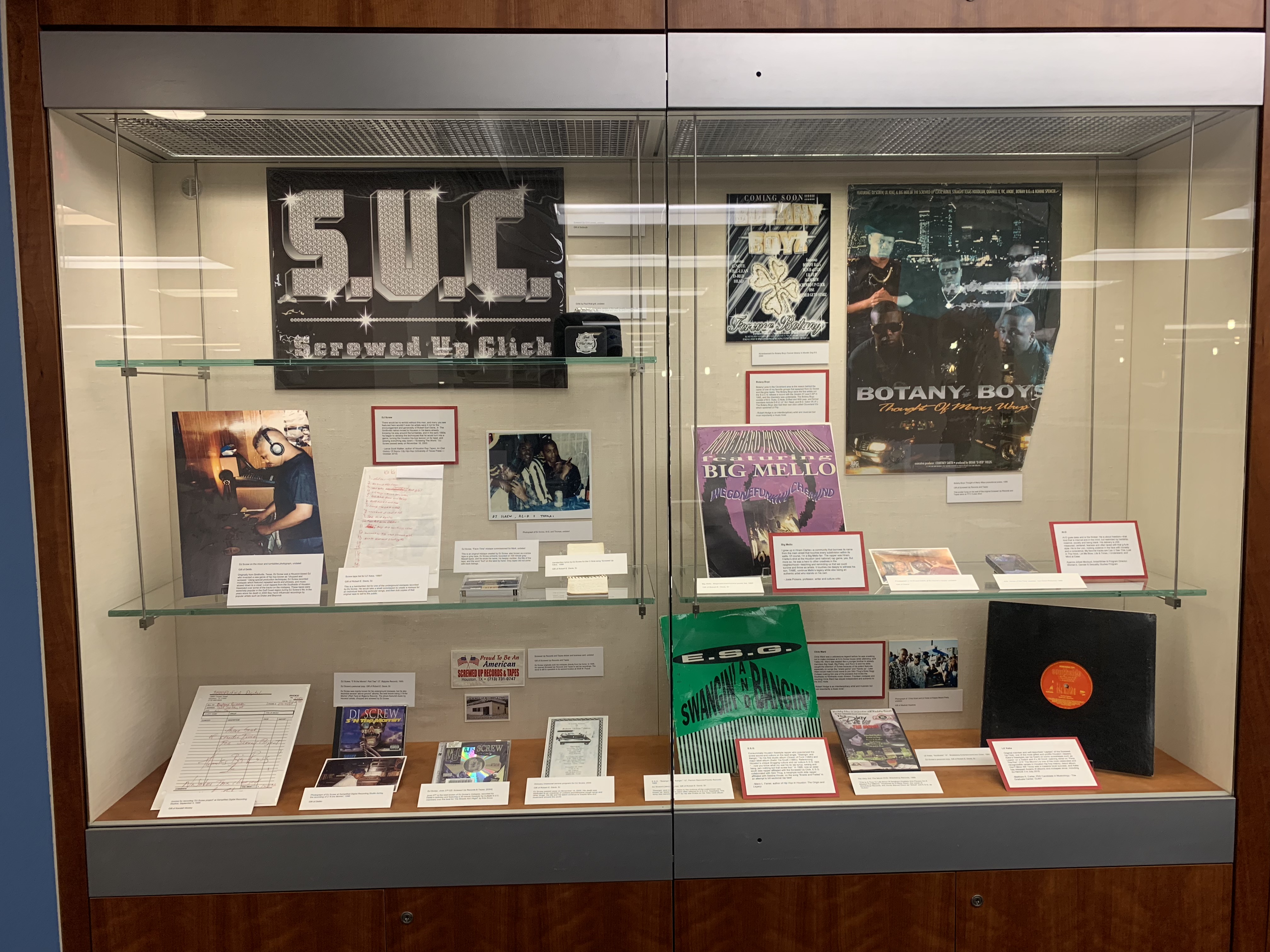 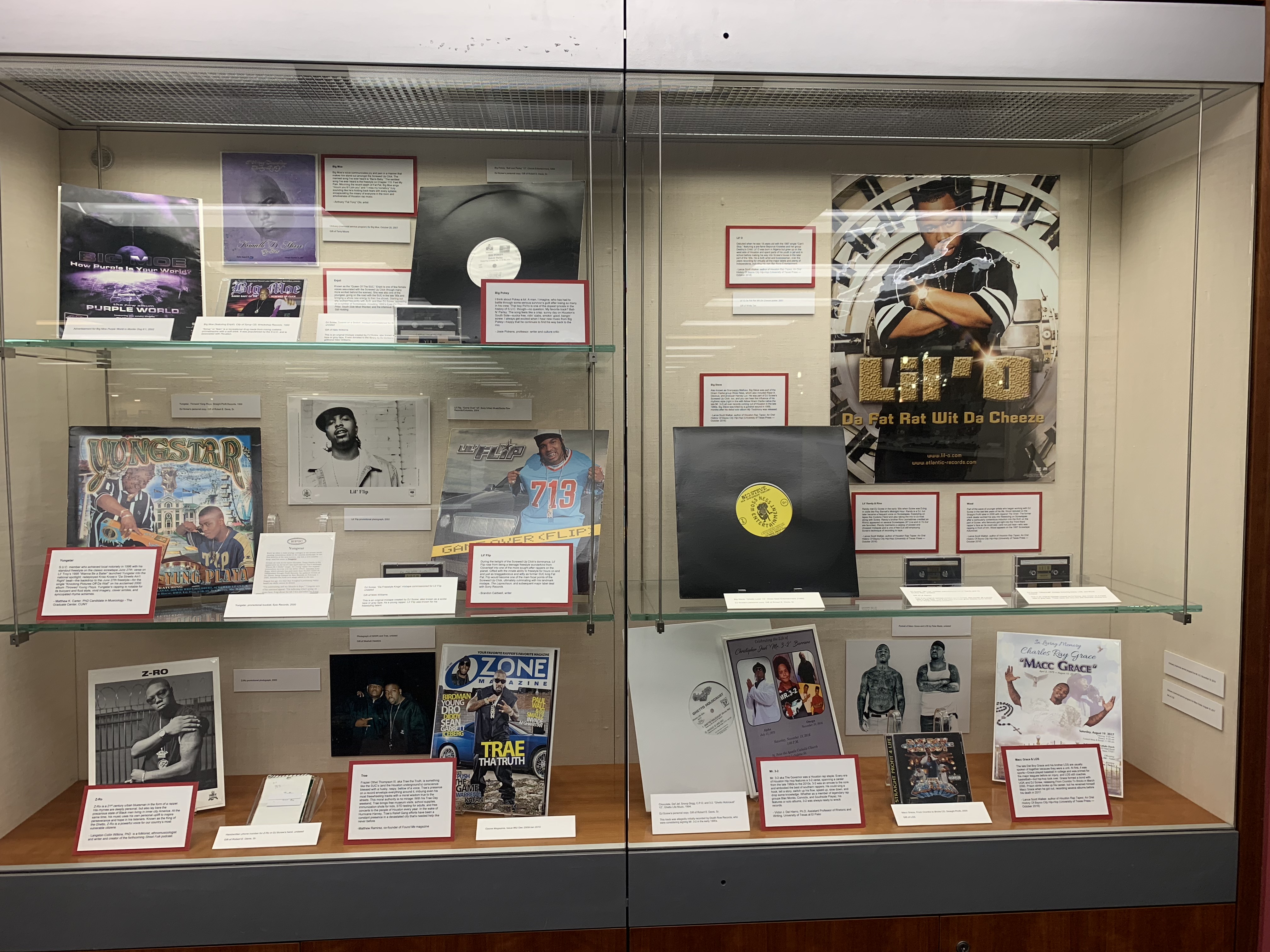 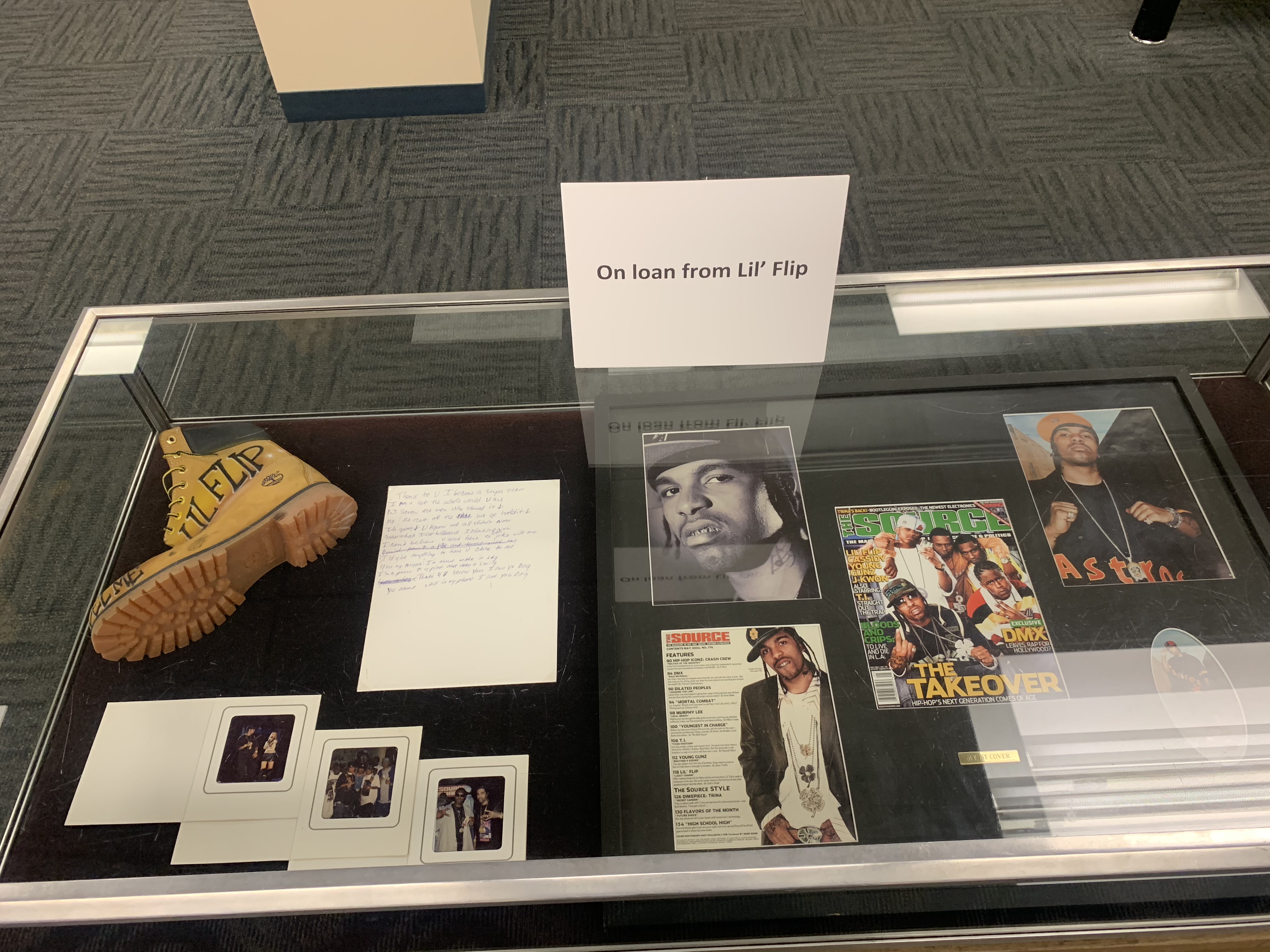 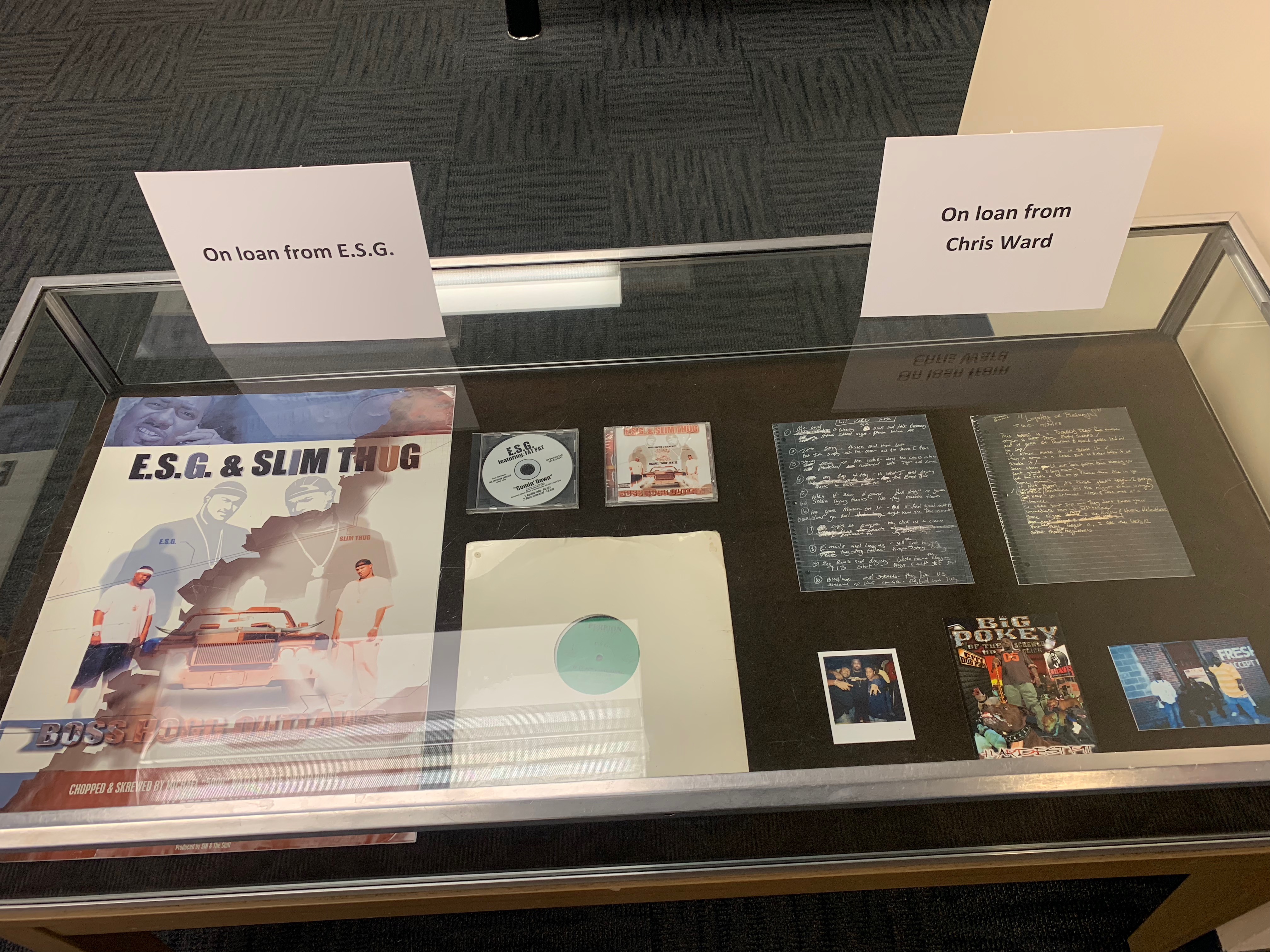 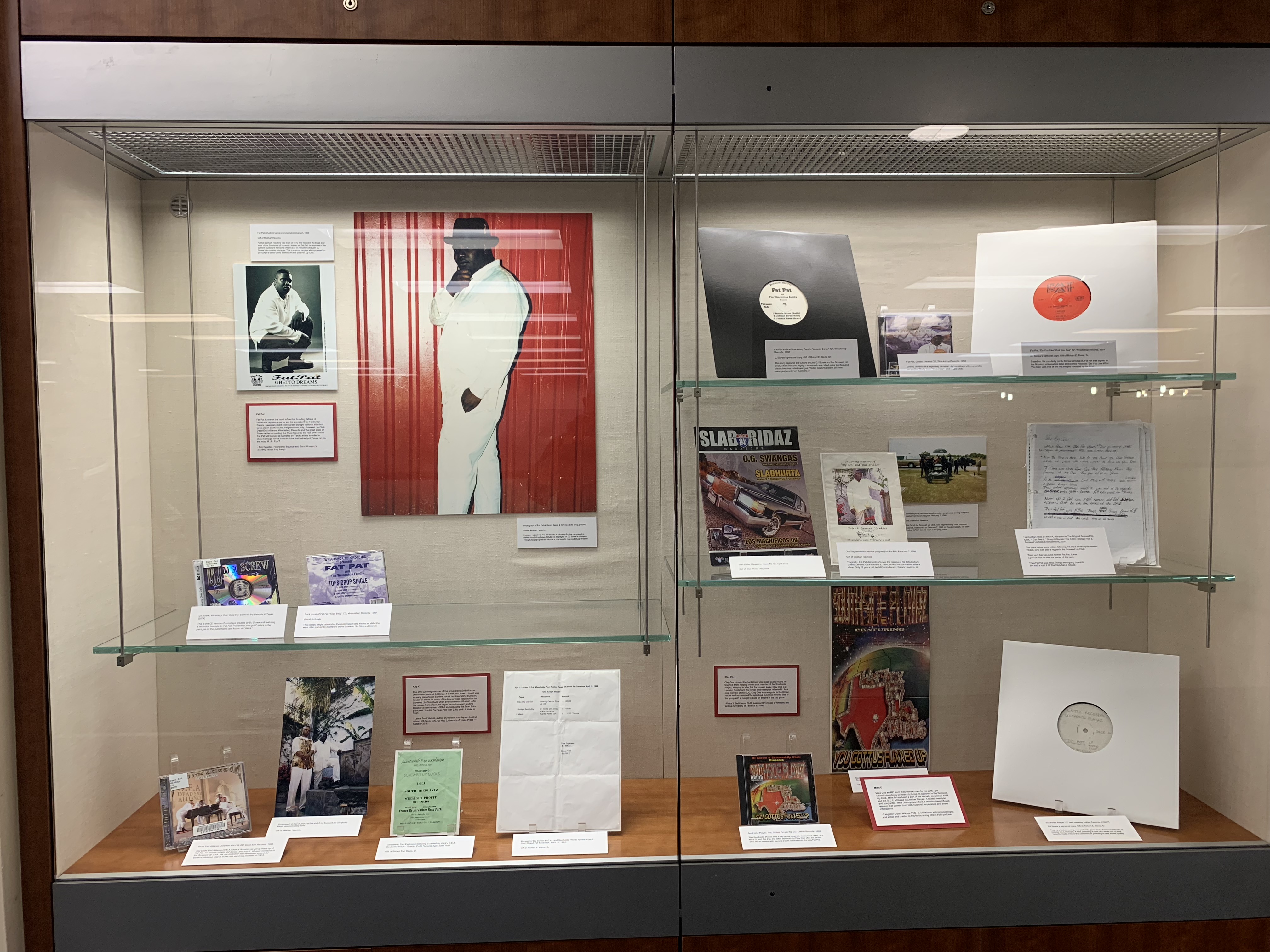 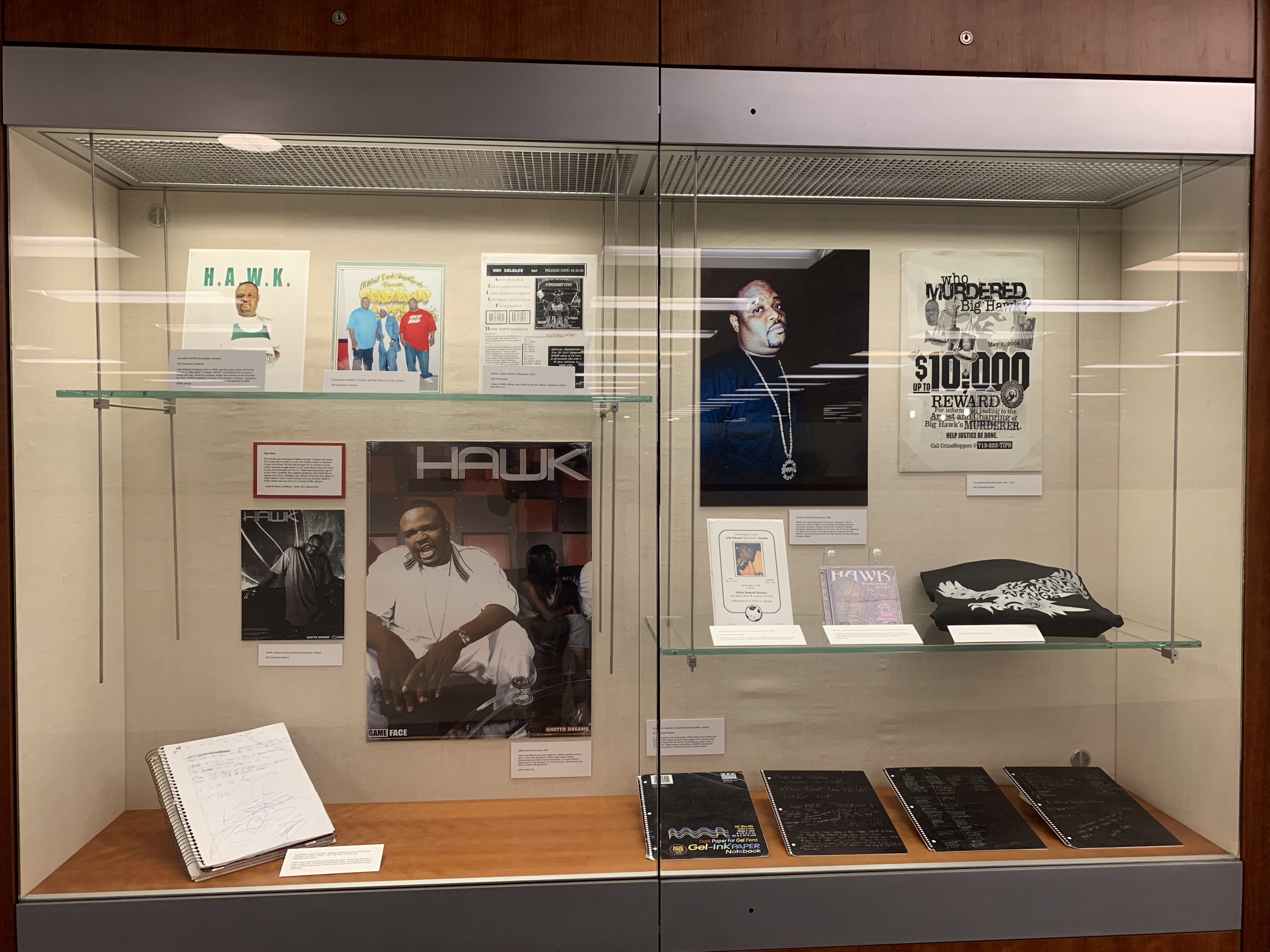 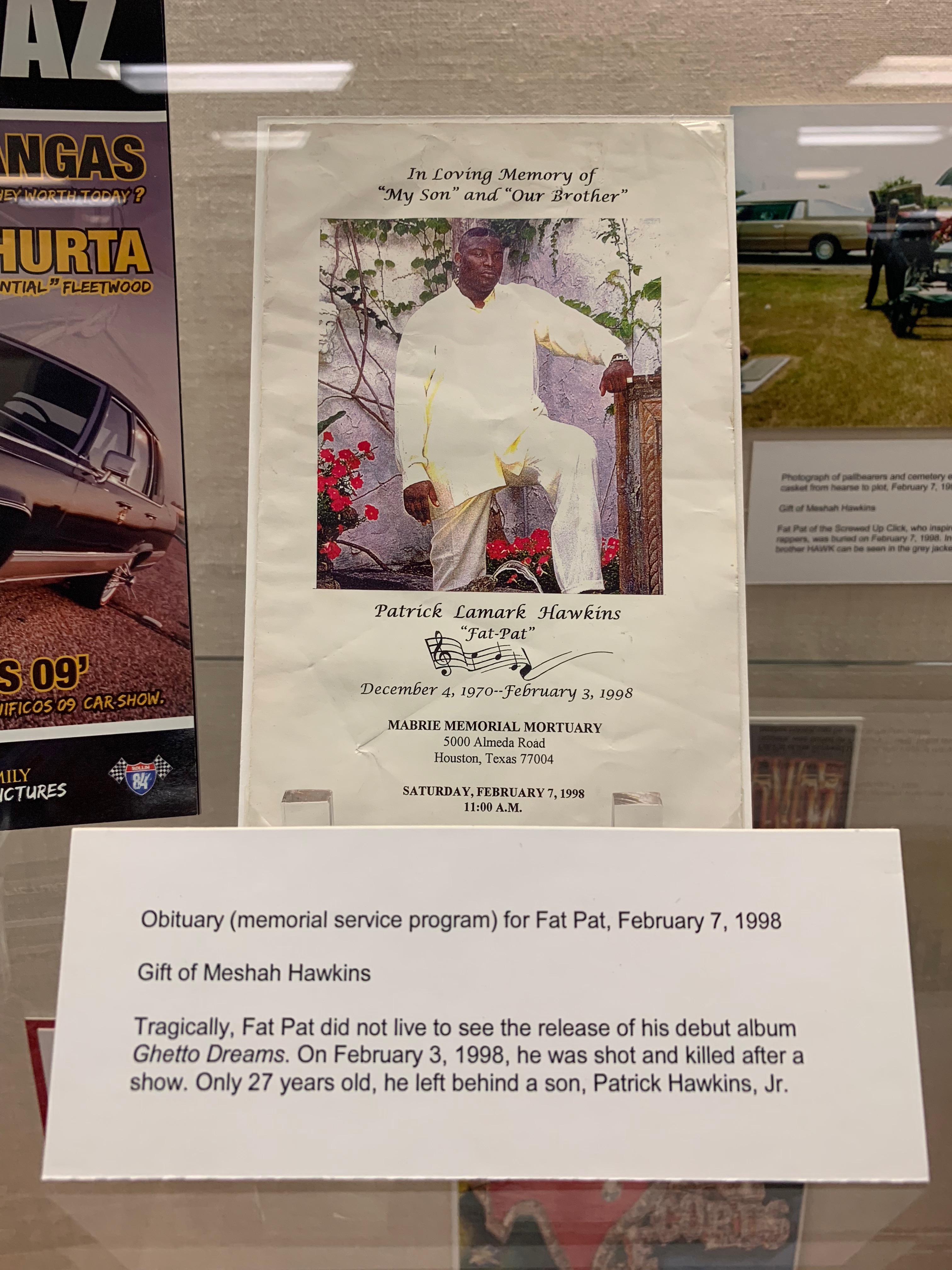 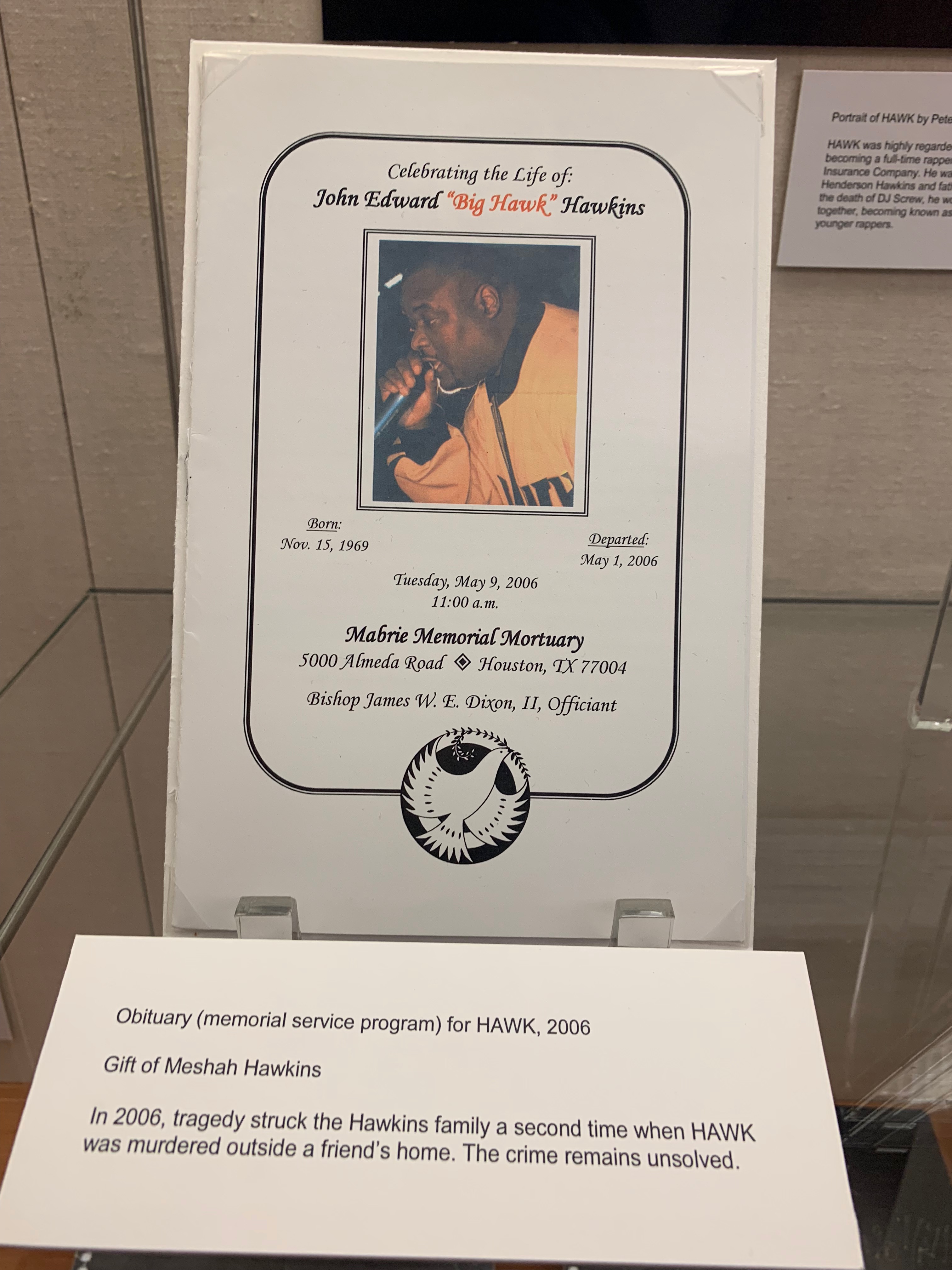 3 Replies to “Brothers in Rhyme: Fat Pat, Big Hawk, and the Screwed Up Click”