I was told by a mentor that a lot could be said about a place by visiting their cemetery. For a long time, this question of what I could learn has been one that had been on my mind. This idea, though intriguing for me, was difficult because I found myself struggling between my initial objection of inviting spirits near me and my curiosity as to what I’d discover. Wanting to overcome this fear, I thought it best to wait for an opportune time to plan my visit. Preferably during the day.

Not too long after I had decided on this, my opportune time presented itself, and I found myself on the grounds of the small-town cemetery of Loop, Tx. Satisfied for the moment with what I discovered there, with every intent to visit another, I left my curiosity with the souls of those I had visited. Since then, a year or so had passed, and my interest had subsided. Thanks in part to graduate school. Until about a month ago that is. A Tuesday to be exact.

On this day, I found myself driving back from an appointment when as I drove by a cemetery I’d driven by so many times before, I became distracted by the waving of flags in a breeze. Caught off guard for a moment, I began to scramble my brain trying to think about what memorial I had forgotten about when suddenly, I returned myself to reality just in time to focus on the sight of a Confederate flag. Amused for a moment at how fast I recognized this banner, I found myself questioning how much of current events played into me identifying these symbols so quickly.

Unable to contain myself, I immediately turned around. Oh yeah, I forgot to mention, I was so attracted to these grounds I was about to disturb because it’s in the heart of the Eastside. As I made my way back around, I began to see more and more banners waving in the breeze, and I started to question why they were there? I began to go over all that I knew of these grounds. I knew that they were historical as well as that they are owned by the city, but I didn’t understand why I was seeing this.

Still a bit on ease about the whole spirit thing, I quickly did the sign of the cross, thanked those resting for allowing me to enter, asked for forgiveness, and entered. Not wanting to stay too long, I drove around for a minute, looking for an area mostly inhabited by these banners so as to maximize my search without walking around too much. I must say, what I found was absolutely fascinating to me. As I walked around, I learned that not only this the resting place of Confederate soldiers but also wives and children of Confederate soldiers. Distracted by all this, I must have forgotten about the fear I held in coming onto these grounds because by the time I knew it I was much further than I had hoped from my car.

Now pressed for time, I noticed off in the distance a historical marker that I knew would suffice my curiosity until I could make my way back to this fascinating place. As I read it, I found myself mixed with emotion. Wondering how this place existed in the heart of the East-side. Was it respect? Were these good confederate soldiers? Was that even a thing? Did those who laid here advocate for African Americans? Lost in thought, I found myself gazing at the sky pondering these thoughts when I saw it.

“These grounds are under surveillance, those seen damaging these sites will be prosecuted. 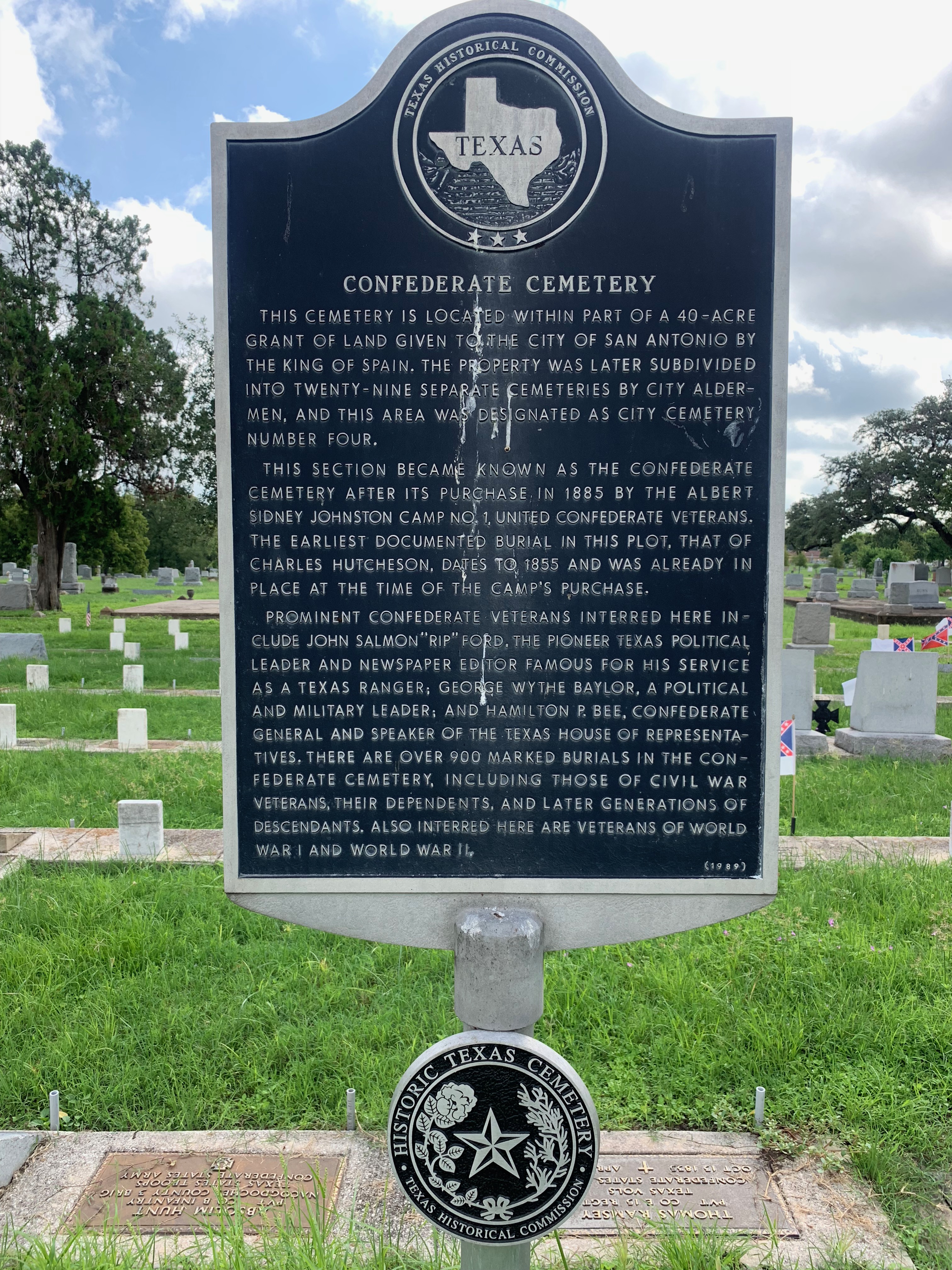 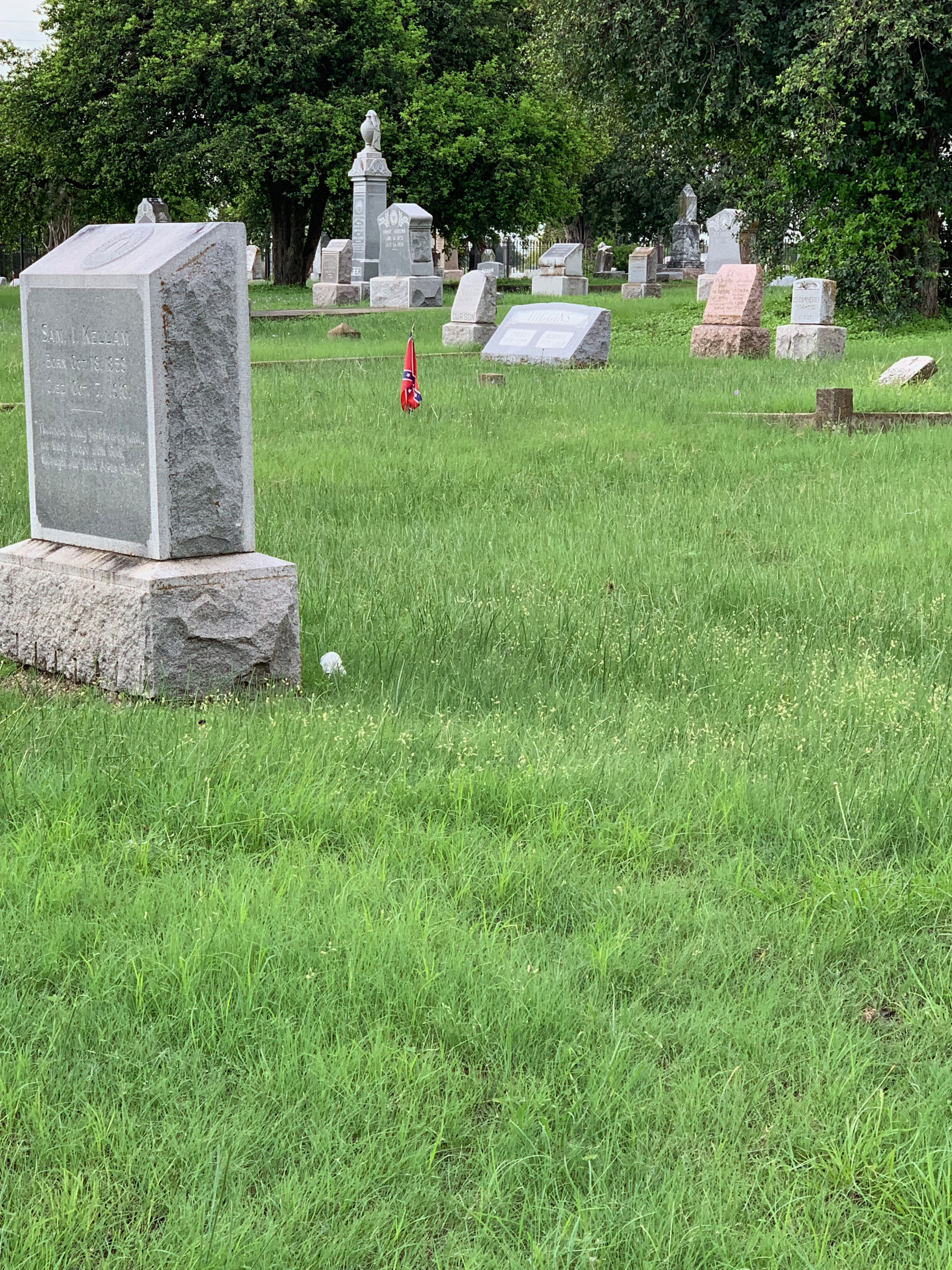 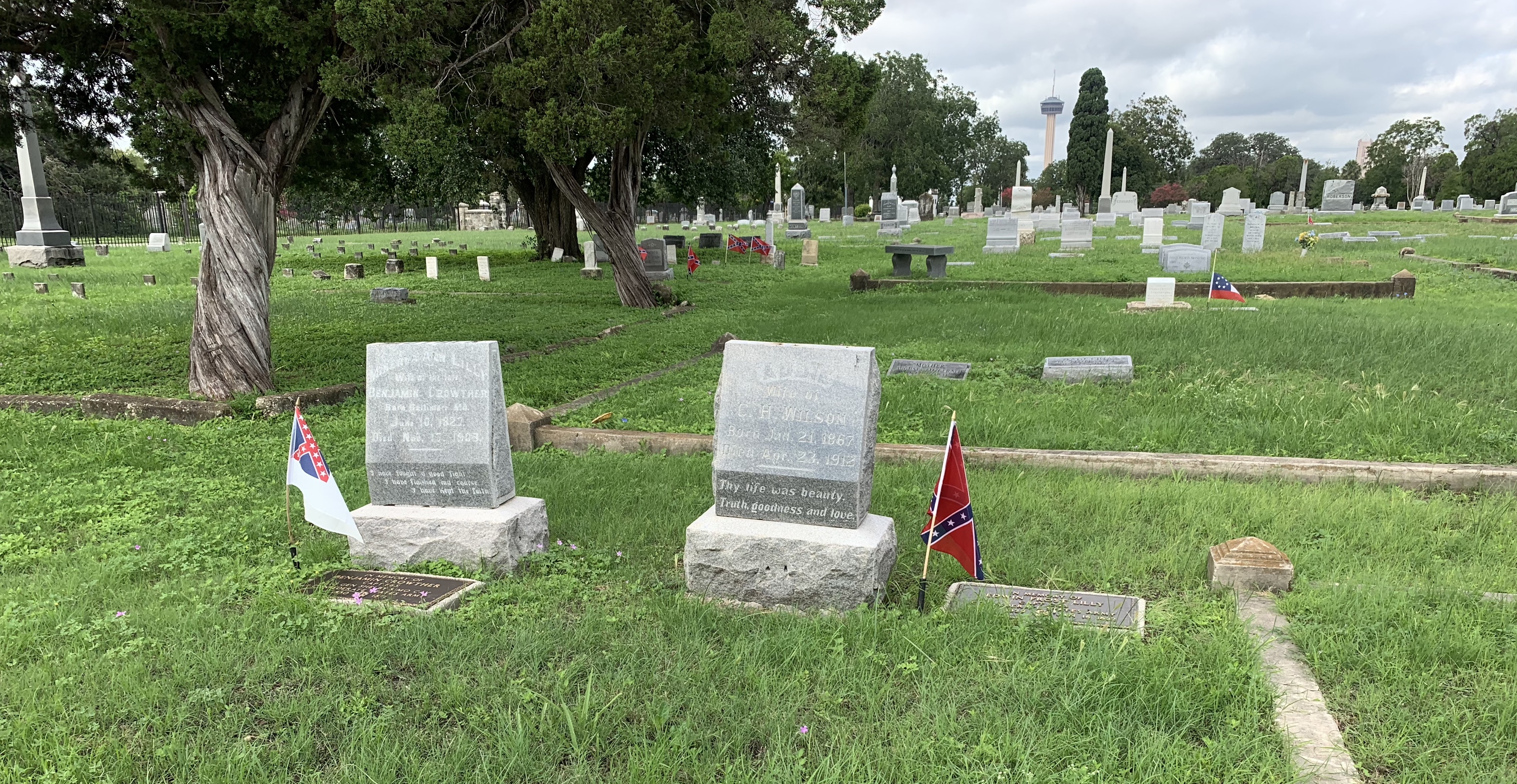 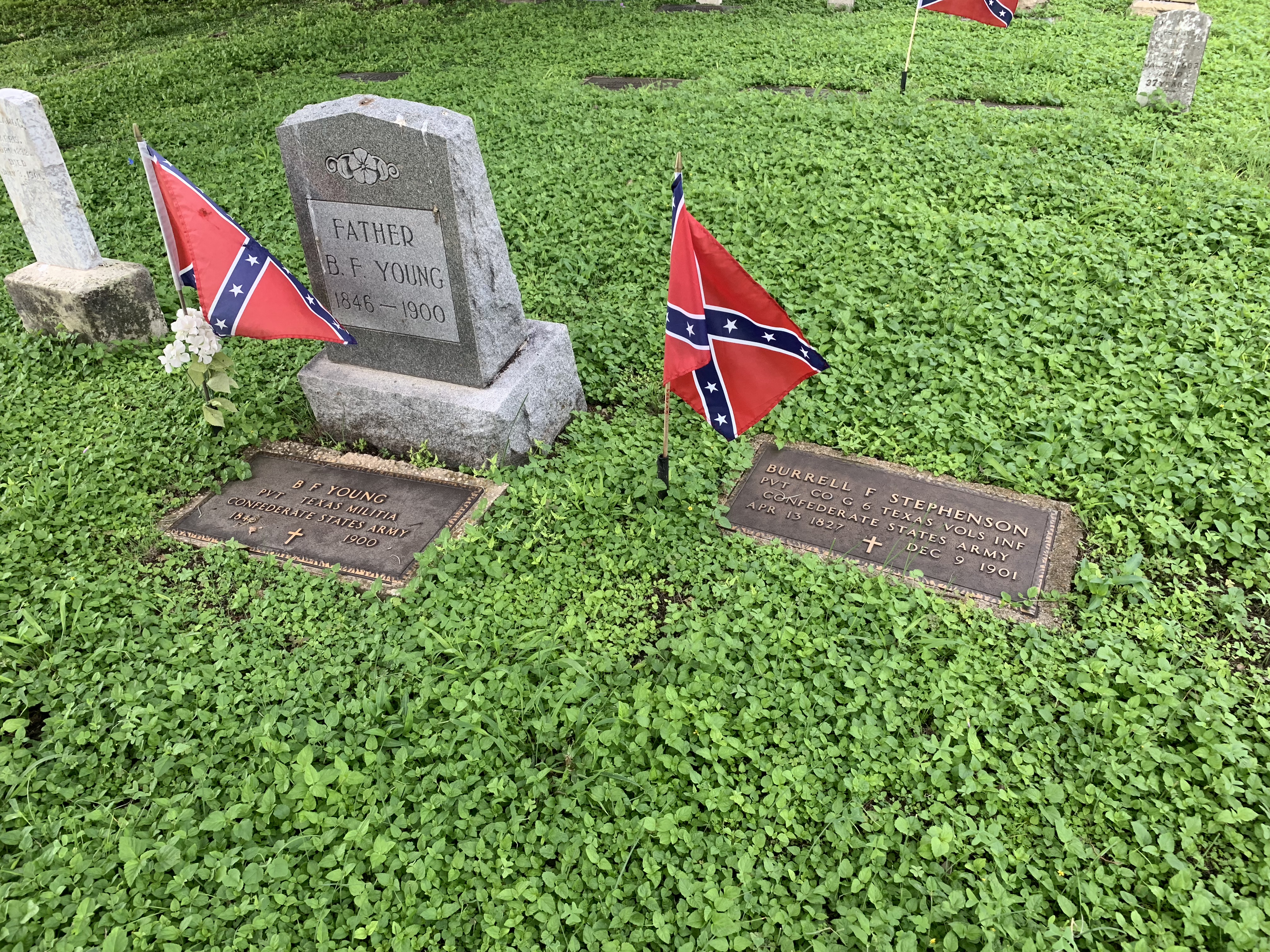 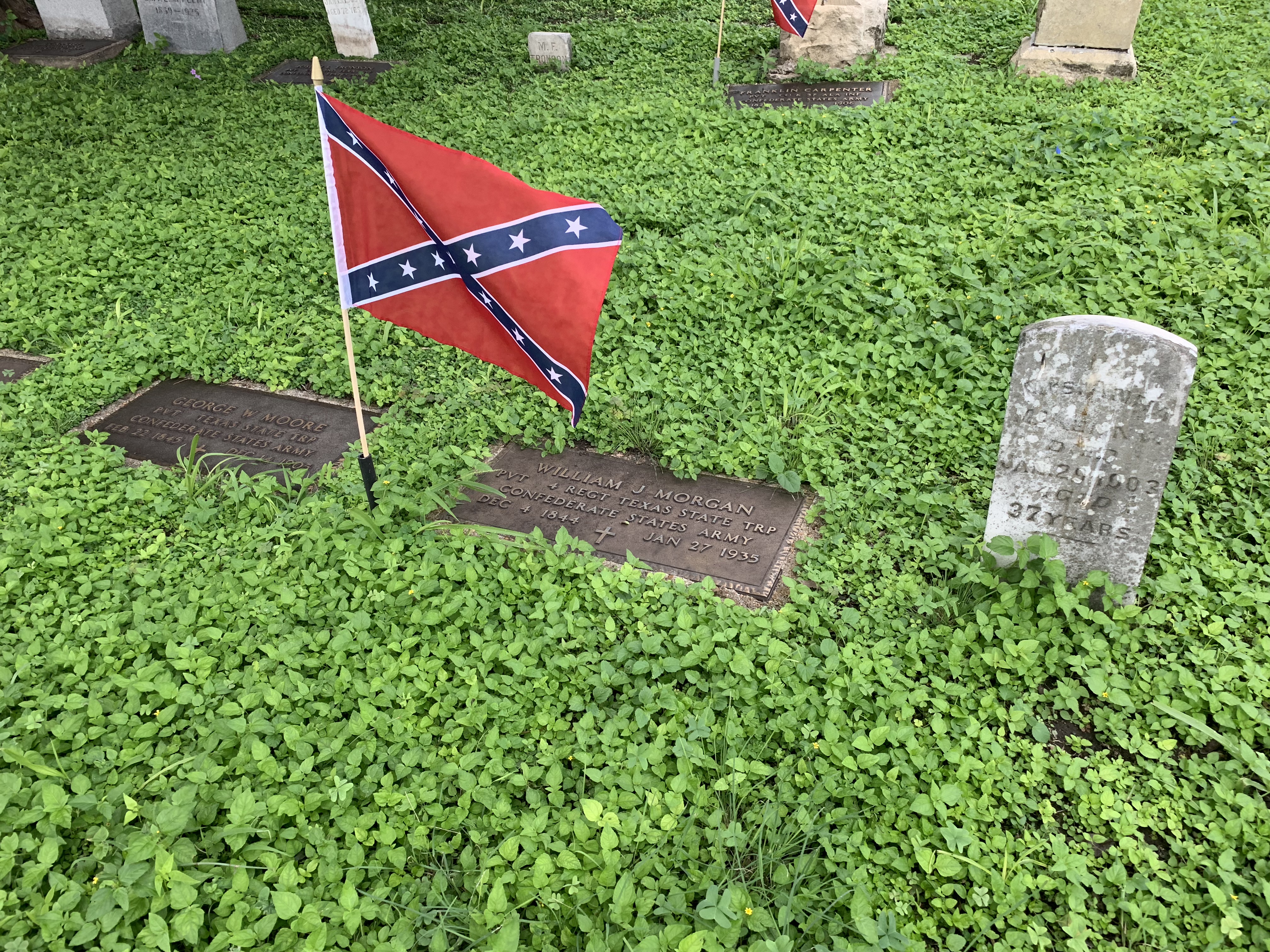 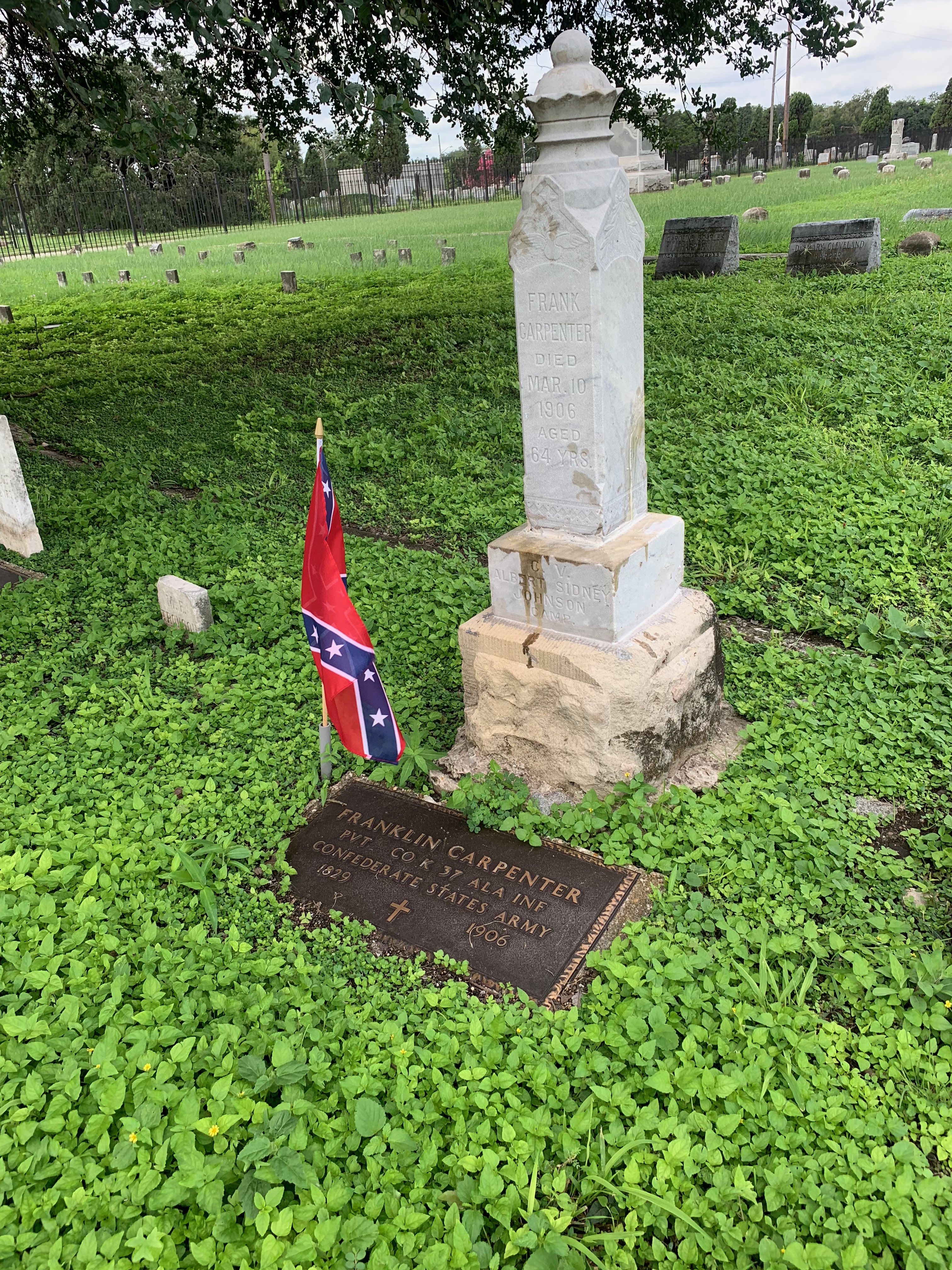 One Reply to “Did I just see what I think I just saw?”