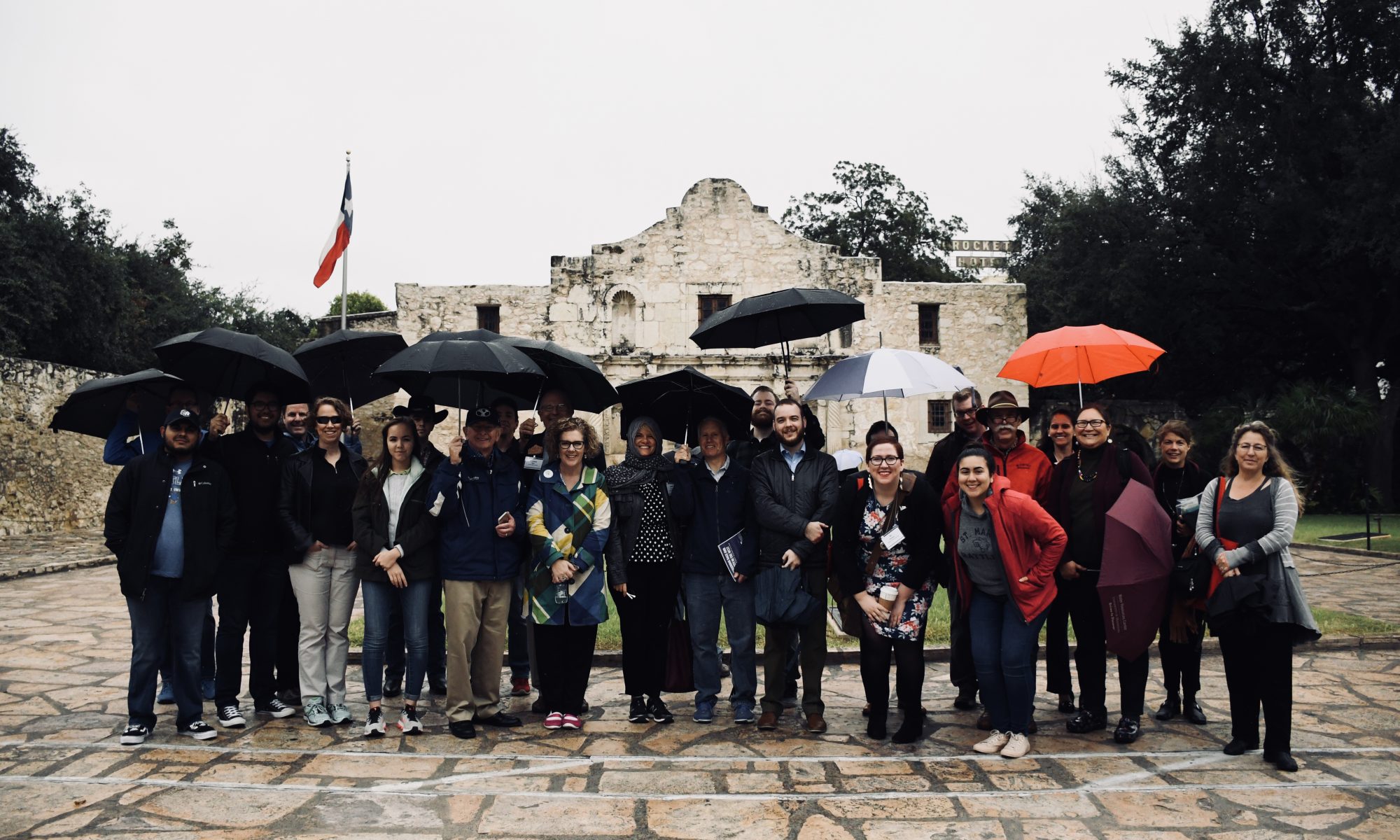 Recently, The Western History Association had a conference in San Antonio, Texas. It was of no surprise to me that the participants of the conference were very interested in the history of San Antonio and the past of a city reborn.

As part of a course at St. Mary’s University, Dr. Teresa Van Hoy gathered a group of her brightest minds as well as a grad student (that would be me). Dr. Van Hoy engaged these students in research at the level of a graduate

student’s course. These students learned about everything from the battle of The Alamo, the historic Market Square, Casa Navarro, as well as La Villita and The Arneson Theatre. History of these past lives for the places that we were treading upon for the sake of history is important. The major history of the west was highly influenced by the past of Texas and the past of the Spanish settlers of the time.

The Alamo is probably one of the most mentioned historical sights of the city in terms of tourism and engagement but the truth of the matter is that there are so many places that are filled with love, hate, energy, and resentment. These places are the true places that affect lifestyles and changes in culture and security and these were those places that the students were talking about.

La Villita, for instance, was a very familiar sight for a local leader, Anthony Delgado, this sight was was more than an artists’ grounds or NIOSA fiesta sight. This compound is holy ground for Anthony. “La Villita” was the land previously owned by his ancestors and Anthony ensured that his history and his family’s past have stayed alive. As the previous president of the organization, “Los Bexarenos,” Anthony knows what it means to be a direct descendant of a people of strength and resilience. Throughout Anthony’s talk, the somber feelings of disbelief and wartime angst began to fill the audience with feelings that some could say only a San Antonian could know.

The tour continued and different important topics were discussed and thrown in along the way. There was color-commentary from the beginning until the end and some of those fun-facts just grabbed the attention of the audience. The interesting part of this living history was that history was being created just in the activity itself. Each participant was some sort of scholar of history or fan of the city and learned something new that they had not yet heard before. Up until that day I had not heard of Los Bexarenos. The knowledge was highly appreciated and the “tour in the rain” seemed to be the best part of any scholar’s visits to The Alamo City.

By no surprise, the students, including myself, were introduced to many scholars and writers. These people have continued to keep interest in the students and the leaders of the tour. Recently while sorting through emails, I found correspondence about visits to museums, programs, and schools nationwide as a result of this great tour opportunity.

The Mission to Market Walking Tour was a great opportunity, to say the least. The connections built, the memories made, and the history learned was worth the trot through the pouring rain.

Public history is a program at St. Mary’s University, but it is more than that. Public history students are able to take part in these types of programs due to the efforts of the program and the leadership guiding it. The students that are growing due to this program are more than the average graduate and undergraduate student. This cohort is learning to work with and engage the community. In my time as a student (5 years now), I have not felt so empowered until now. I can see the work that is being done, as well as the influence it has on local perception.

The walking tour sure was an opportunity of a lifetime. The walking tour was more than just an opportunity, but a necessary component for the careers of many students and conference-goers. The memory is now an internal archive of a project that became part of a class and a group of students’ journey.