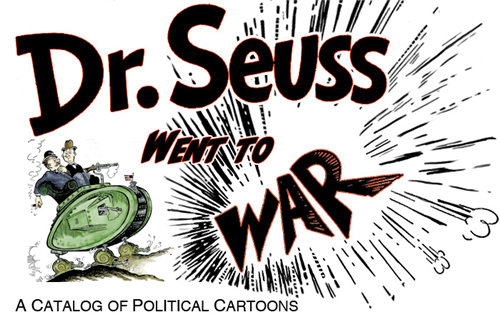 As a father of two young children, cartoons are a daily part of my life. I have found that usually, it benefits all to place my fifty-five inch on constant rotation while being content with the twenty-nine inch in my bedroom. As a way to maintain a peaceful hold. A meal of some sort accompanies this. On the day that I discovered this topic, this was no different. In fact, as I was preparing breakfast, I heard the tail end of the name Abraham Lincoln vocalized by one of the characters of Teen Titans Go! Intrigued by the mention of Lincoln’s love for the theater, I found myself sitting down to finish the episode with my children. Upon its completion, I thought it best to re-watch it as it dawned on me that this was an example of public history for children.

Beginning with the history of Napoleon, I found it humorous the way the show explained this time in history, fabricating some areas for comedic purposes, and even applying a bit of controversy to other areas. As it began, the focus on the topic of Napoleon was structured around the presumption concerning his height, naturally defended against by Napoleon himself. In the beginning, Napoleon reminded children that “knowing history helps us with the issues we face today” (Teen Titans Go!-History Lesson, Season 3, Episode 37). Continuing on the show progressed in showing Napoleon being there in support for the French by depicting him in a scene reaching for cheese off of a high shelve for the shorter, less fortunate, villagers. This segment stood out to me because attention was given to Napoleon in placing him in somewhat of a robin hood sort of light while in reality, this very point could and is highly debated against. Napoleon ended this segment by reminding children that “history is the runner that steers mankind to a better future” (Teen Titans Go!-History Lesson, Season 3, Episode 37).

Next the show moved on to the subject of our sixteenth president. As this segment began, President Lincoln was described as tall with a beard and a lover of the theater. This was about where I had initially caught onto the topic of this show. As I watched the show again, I was anticipating this segment because I didn’t remember any mention of an assassination, nor would I expect to hear of it considering this was a children’s show. Not expecting any mention of assassination, I was curious though how this part of history was to be concluded. As I continued to watch, I was pleasantly surprised that while the show did portray booth approaching Lincoln from behind, it was merely to ask him to kindly remove his top hat as it was obstructing Booth’s view of the stage. Following this, in what seemed like an apologetic emotion, Lincoln offers Booth the seat next to him which leads them becoming lifelong friends and living out their lives together.

The final segment focused on the moon landing. Considering much of the controversy surrounding this topic I found myself excited to see how it would unfold. I have to tell you, I was not let down. According to this episode, in 1960 two “space dudes went up in the Apollo Creed spaceship” (Teen Titans Go!-History Lesson, Season 3, Episode 37), in search of what was on the moon. To their surprise, the planet was very hot and caused them to remove their helmets discovering that space dudes can breathe on the moon as they would on earth. As an added bonus, the first two dudes to land on the moon found that it contained a lake of edible cheese which produced enough of trust via the passing of gas, that it caused them to float off into space.

While I understand cartoons are meant to be humorous and fictitious, I found it remarkably assuming some of the ways this episode chose to convey history to children. My children, for example, love this show, so as I watched it, I found myself gauging their reactions to some of the ideas the show was giving. I even found myself questioning them afterward to see what in fact they had picked up. Surprisingly, it wasn’t the idea that aliens built the pyramids or that Booth and Lincoln were best friends, but instead that history is essential. For me, this was enough to let the controversial issues rest till another day. I decided instead to appreciate the timeless moment I was given of spending it with my girls while fulfilling this assignment.