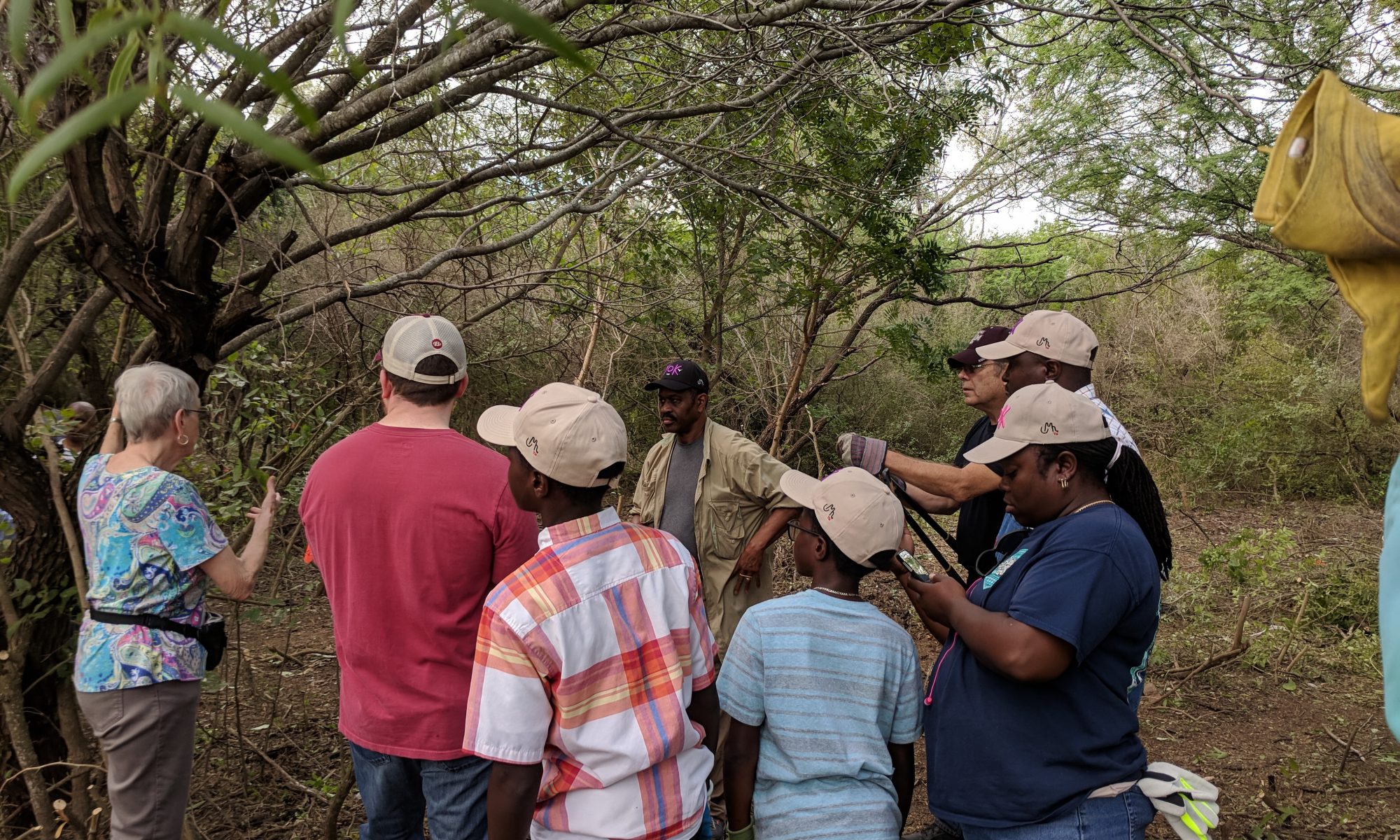 The Saturday of October 13th, many members of the Bexar community rose early made their way to Northern Hills Elementary School not to brush up on their multiplication and long division, but to clear the cemetery that lay just behind it, over 100 years old. Had a member of the surrounding neighborhood not been curious about the land– surrounded by housing and development on all sides- the historic cemetery may have laid in atrophy for further decades, and its history may have been lost to us all.

The land on which the cemetery lies was first purchased by Jane Warren, a freed slave, in 1873. In 1908, she set aside 1.2 acres of land for the Hockley Cemetery, and that is where it rests to this day. So, then, how did this historic site fall into such overgrowth and disrepair?

The 107 acres Warren had accumulated in addition the cemetery was willed to her four sons. Much of the land found its way into the hands of other community members, and back again. Esther Hockley Clay was the final owner of the cemetery, and passed away in 1982. At that point the historic site was up in the air, the Hockley family members apprehensive about claiming the land for fear of high taxes that they may not have been able to pay, unaware that cemeteries are exempt from these taxes. And thus, the one to claim the cemetery was nature– grasses, bushes, and brambles covering the land and the precious family members below.

Much of the community surrounding the cemetery was once comprised of freemen, which is part of what makes the site so remarkable. Despite the historic preservation efforts of San Antonio, there has yet to be a rediscovery of an African-American historic site such as this one. It is a rarity not just in Bexar, but in the nation to see a discovery and preservation effort of this sort. This is just one of the many reasons that we must work together as a San Antonio community to rescue this site from its disrepair.

We are currently unsure of how many people are buried in this cemetery, and have but a vague idea of who exactly is buried there. The families of the original settlers of the area maintained much of their family histories, orally and through letters and family trees kept from generation to generation. These documents assisted Everett Fly in his research on the site, working tirelessly to compose the history behind it.


Beyond simply being interesting or relevant to Public History, we must remember that this cemetary houses the remains of loved ones, people who were once parents, sisters, brothers, grandparents. The preservation initiative here goes beyond adding another piece to the San Antonio narrative. The descendants of those buried in the Hockley Cemetery are still alive, and deserve to know where their relatives are buried, and that these relatives are resting peacefully. Uncovering the history of this site will affect the community deeply, many neighbors to the site unaware that something of such weight was only meters away from their home. This lack of awareness is likely what led to so many baseballs, shoes, and trash entering the cemetery from these neighbor’s yards and homes.

The initiative, with the help of UTSA scholars, The San Antonio African American Community Archive and Museum (SAAACAM), and many members of the neighborhood and community will continue further into the year. If another volunteer opportunity arises, take the chance to go out and assist however you can, and meet the wonderful people who have taken it upon themselves to restore this piece of history. You won’t regret it.

(Link in regards to Saturday’s efforts)

One Reply to “Thoughts from the Hockley Cemetery Clean-Up”